The Evening Standard is reporting this week on the impact of Brexit on what is known by family lawyers as divorce tourism or forum shopping. In other words, the ability of one or both of a couple to divorce in more than one jurisdiction, but to choose the one that will give the best financial outcome.

London has widely been regarded at the divorce capital of choice, particularly for wealthy wives who were likely to fare better before UK courts than anywhere else in the world. Until now, a divorce in one EU member state is automatically recognised in any other member state, so couples would often race to be the first to start the divorce off in their preferred country, where the proceedings would generally then stay.

This all sounds pretty technical but what it means in simple terms is this:  if you're a European who might have a choice as to where your divorce takes place, you only have until the end of the year to be sure of securing the English court to do so.

Rush to seal divorce deals in England’s courts to beat Brexit deadline Tatiana Akhmedova was awarded £453 million by a judge after her marriage to billionaire businessman Farkhad Akhmedov broke down England’s family courts are braced for a spike in divorce cases before the end of the Brexit transition as couples try to avoid being locked in protracted and costly international legal battles London has earned the tag of “divorce capital of the world” as wives and dependants of millionaires head to the High Court to try to take advantage of generous maintenance and child support orders in this country. Under EU rules, divorces filed and finalised in a member state are automatically recognised in other European countries. However, that agreement is due to expire at the end of December when the Brexit transition period ends. 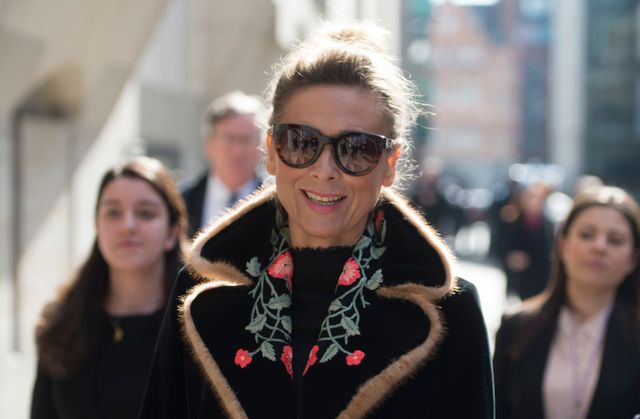 “Divorcing couples with ties to an EU country would be well-advised to issue proceedings prior to the end of transition period to avoid the immense uncertainty and added costs that could arise for any later divorce." ~AAhttps://t.co/vvlbdeTPl0

Impending post-#Brexit #divorce rules could lead to expensive international divorce battles. With a backlog in court proceedings due to Covid-19, how can divorce be moved along smoothly in this turbulent time? Could #mediation provide some breathing room?https://t.co/RQ60EKx6hY

Couples are rushing to avoid being locked in protracted and costly international legal battles https://t.co/y2UlkKbmeJ

Under EU rules, divorces filed and finalised in a member state are automatically recognised in other European countries. However, that agreement is due to expire at the end of December when the Brexit transition period ends.https://t.co/58X70XElne

Under EU rules, divorces filed & finalised in a member state are automatically recognised in other EUcountries. That agreement is due to expire at the end of Dec when Brexit transition ends.
Better get your personal divorce sorted before the Brexit one. https://t.co/DDaMzKmoEb