From personal experience I have, on numerous occasions, felt the frustration of the sluggish Court process when it comes to issuing and progressing divorce proceedings. In addition, having documents returned with queries that turn out to be misconstrued, or documents mislaid after having been filed causes considerable delay and frustration to all involved. Likewise, for litigants in person unsure of how to complete the paper forms, having these rejected and then having to learn how to amend or complete these again is a time consuming and often stressful process.

In order to simplify the process, between January and July 2017 a pilot was run at the East Midlands Divorce Unit whereby certain parts of the divorce procedure could be made online by applicants who met certain criteria. However, they would still have to print off the completed forms and send them to the Court. At that time, whilst there were positive comments regarding this progression, Court Managers did disclose that 4 in 10 petitioners still had their petitions rejected because the forms had been filled out incorrectly. As a result, further guidance was issued and it was acknowledged that additional features would be required before the pilot was rolled out to a wider audience.

This year the service is now fully digital with individuals being able to complete their petition, attach relevant documents and make payment online. At present, this test process has only been made available to litigants in person but it has been stated that the hope is to roll this out to legal representatives in due course.

On the basis of the feedback provided it appears that the new process is more simplified and easy to understand, thus saving time for individuals and avoiding mistakes leading to petitions being returned. However, whilst development in this area is of course welcomed, having witnessed first-hand the delays in processing paper applications, one does have to wonder if this digital progression will instead place the Court under further stress and pressure, leading to a larger backlog than that already in existence. Having contacted the Court last month it was confirmed that the current wait for processing applications for Decree Nisi was over a month, and with applications being made more readily this is only likely to increase. The ease with which divorce proceedings can now be initiated may also encourage more people to begin this process, leading to higher amounts of applications than have previously been seen and thus more strain on the Court resources.

Whilst this progress if of course a positive step, we will have to watch this space to see how the Court deals with progressing digital applications alongside those on paper and whether the new process is a success in the long term.

Getting divorced is a stressful situation for everyone involved.So anything that can be done to ease what is a trying time is bound to be welcomed. HM Courts and Tribunals Service is now testing a fully online divorce application process for the first time.The pilot scheme means someone who wants a divorce can apply via their computer - making the process easier to understand and removing some of the stress during a difficult time for families. Launched last year, the pilot initially allowed people seeking a divorce to use an online system which offers prompts and guidance to assist them in completing their application.They would then print off the form and send it to the court. But HMCTS has extended the service so that the application is now fully digital - submitting the form, sending the relevant documents, and payment. 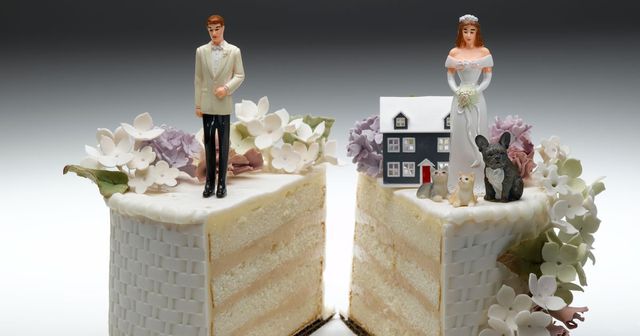 Online divorce application process being tested for the first time to 'remove some of the stress' https://t.co/2I3XhOjYm0

Should pets be treated as children in divorce?
Hedges Team

Covert Recordings: a help or a hindrance in family courts?
Hedges Team

When is a marriage not a marriage...?
Hedges Team
Recent posts from Hedges Law - Family