Spiked Online covers this heart-rending story of baby Charlie Gard which has been all over the media during the last few weeks. This terribly ill 8 month old baby is the subject of a so far successful application by Great Ormond Street Hospital for permission to withdraw life support. The case raises some incredibly tricky moral,ethical and medico-legal issues. High Court Judge Nick Francis, who heard the case, has given his summary of reasons. We await the full judgement which will no doubt involve a huge investment of time and thought by him, carefully to set out the law and elucidate his reasoning.

In the summary judgement, Mr Justice Francis said he made the decision with the "heaviest of hearts" but  with "complete conviction" that it was in the best interests of the child. He paid tribute to Charlie's parents for "their brave and dignified campaign on his behalf" and "their absolute dedication to their wonderful boy, from the day that he was born". He had even visited Charlie in hospital, saying : "I know this is the darkest day for Charlie's parents...my heart goes out to them.

"I only hope in time they will come to accept it is in Charlie's best interests to let him slip away peacefully, and not put him through more pain and suffering."

What Judge Francis' fundamental decision had to boil down to was: what is in this child's best interests? Having heard evidence over 5 days, he decided that to prolong the current regime of treatment or remove Charlie to take him to America for untested pioneering treatment  would not be.

As I write this, I understand that baby Charlie remains on his life support, pending an appeal by the parents. As well as a petition urging the intervention of the Prime Minister, with 110,000 signatures so far, a crowdfunding campaign has successfully raised more than the £1.3 million needed to fund the US treatment. Other campaigns through social media such as #charliesfight #charliesarmy have culminated in a candlelit vigil outside Downing Street this weekend.

For the parents, court and treating medics: desperately painful and tough dilemmas. For those looking on: a real test both legal, moral, religious and philosophical. Are the courts the best forum to take such decisions, and make judgments that will affect many other parents and children, or at the end of the day, ought the voice of these parents be in effect, the voice of their son Charlie? Like Mr Justice Francis, my heart goes out to them.

Last week, a UK High Court judge ruled that Great Ormond Street Hospital (GOSH) could withdraw life support from an eight-month-old baby. The baby’s name is Charlie Gard. His parents, Chris Gard and Connie Yates, challenged the application that had been made by GOSH specialists for the treatment to be withdrawn. They sought to move Charlie to America to undergo an experimental treatment that they thought might give him ‘one chance of life’. 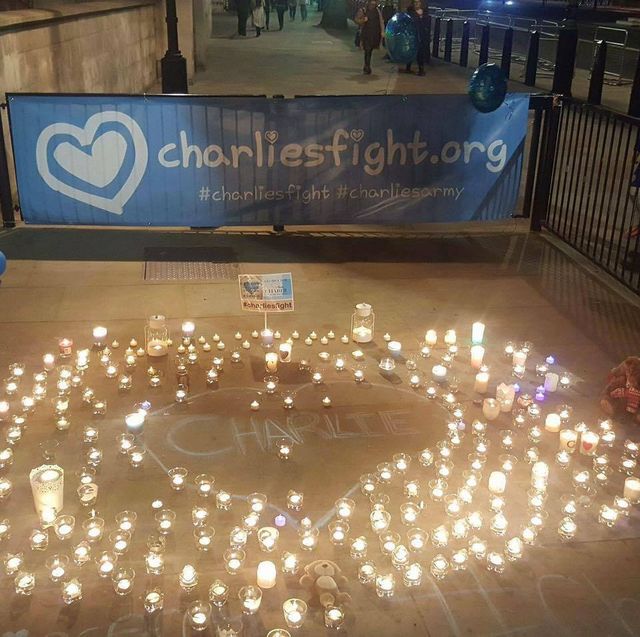 Charlie Gard's heartbroken mum breaks down on This Morning as she insists her baby boy isn't suffering.https://t.co/FjCgCCUnfj