Carey Oppenheim, Chief Executive of the Early Intervention Project writes in the Telegraph this week  about a study by the University of York, which finds that the children of divorced parents are more damaged by the arguments that occurred during the marriage, than by the split itself.

Researchers at the University of York say children of divorcees are around 30 per cent more likely to have behaviour issues because of the arguing at home they have witnessed.

The study, which looks at ‘non-cognitive’ skills such as interaction with peers, contradicts ‘conventional wisdom’ that divorce is bad for children, its authors said.

Certainly, the most compelling research I have read over more than a quarter of a century of working as a family lawyer, strongly suggests that it is conflict that 'screws kids up' not divorce itself.

I've met numerous husbands and wives over the years who have stayed together in often deeply unhappy and unpleasant marriages, "for the childrens' sake".  and at times, yes, I have delicately asked the question 'why?'. Children are not stupid: they know when there is conflict between their parents, even if they don't hear it, they can often sense it: the unspoken conflict can be just as powerful, indeed sometimes more so, than the spoken.

As a mediator, and proud member of Resolution (www.resolution.org.uk) I believe that with the right support and intervention, couples can divorce with dignity, they can separate their nuptials without pulling apart the entire family unit. And its equally possible in those circumstances, indeed, all the more likely, that children can be taken through that transition lovingly and skillfully without suffering long-term damage and harm.

As parents, we try not to row in front of our children. Instinctively, we know they find it hard to cope when we’re at odds with one another, and they’re disturbed if our arguments become persistent or hostile. This is plain common sense.  But there’s some important information that all parents need to be aware of. A study by the University of York has found that the children of divorced parents are more damaged by the arguments that occurred during the marriage, than by the split itself. Witnessing fights at home, means they are 30 per cent more likely to develop behavioural issues than those kids with married parents. 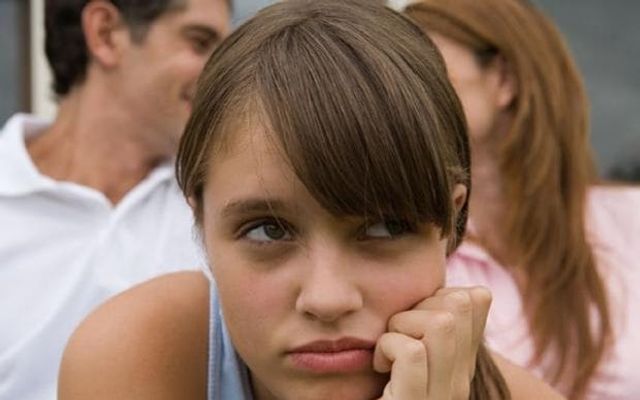 What all parents need to know about arguing in front of their children https://t.co/BAnrMXvDft

What all parents need to know about arguing in front o... https://t.co/kxAF0AKlqi #relationships #romance #advice pic.twitter.com/Mk9gx19v0M

@letspinwi What all parents need to know about arguing in front of their...https://t.co/TanQSlBtmK via telegraph pic.twitter.com/3hz10It9VI

What all parents need to know about arguing in front of their children https://t.co/0eTFgaLJtF pic.twitter.com/QNL9rBkN04