Regardless of one's political leanings, it can surely not be argued that welcome leadership has been displayed this week by our Prime Minister. Announcing her intention directly to oversee work to develop a new law to tackle domestic violence, she seeks to end the current “unacceptable” situation which sees some areas of the country put more effort into the problem than others.

The moves come amid concerns in No 10 that the legal system often lets down victims, partly because the plethora of different offences and procedures that currently exist have resulted in a postcode lottery.

1.8m people aged between16-59 told Crime Survey for England and Wales they were a victim

Mark Brooks, chairman of the ManKind Initiative charity, called for a "real step change" in supporting and recognising male victims of domestic violence, saying they made up to a third of all victims.

Here's hoping that action follows hard on the heels of the promises. As we see the horrific impact in Russia of the significant softening of the law on domestic violence within marriage, there can be little doubt that the more seriously the law-makers take the need for such protection, the safer both women, and men, will be.

Theresa May to oversee new law to tackle 'life-shattering and abhorrent' domestic violence The Prime Minister said the issue was ‘something I have always attached a personal importance to'. Ms May pledged that ‘no stone will be left unturned in delivering a system that increases convictions, and works better for victims’ PA Theresa May has announced she is to directly oversee work to develop a new law to tackle domestic violence, developed to end the current “unacceptable” situation which sees some areas of the country put more effort into the problem than others. 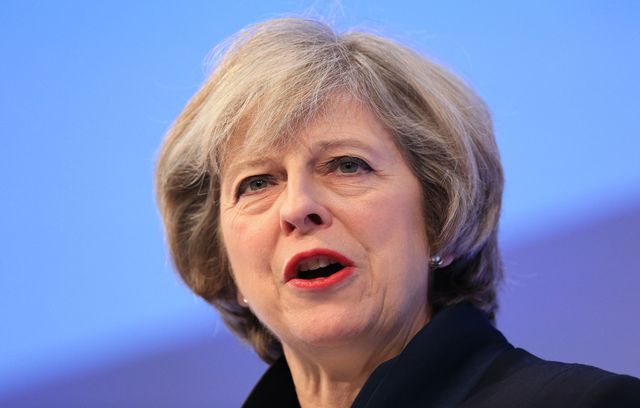 .@pollyn1: 'Survivors need an approach across all agencies that truly responds to their needs & helps them recover' https://t.co/0V9XyOFDuN

I want to say I don't agree with Tories but PM Theresa May has done more 4 Domestic Abuse than charities imo 👏🏽👏🏽👏🏽 https://t.co/DydUXUgUJo

Theresa May to oversee new law to tackle 'shocking and abhorrent' domestic violence - The… https://t.co/Ch9hG7UPDH