Oh my. This headline grabbing story has caught my eye today: a french man suing Uber for causing the breakdown of his marriage when the notifications sent to his wife's phone alerted her to his extra-marital journeying.

It will be interesting to see how this case plays out...presumably he's been advised somewhere along the line that he has a strong case. What next...TopTable sued for disclosing clandestine dinner dates? People going after TripAdvisor for sharing illicit mini-breaks??

This isn't a family law case in itself but it does raise an example of the increasingly and unprecedented ways in the modern online world in which couples discover marital infidelity. Many of my clients are surprised to learn that a secret dinner, late night liaison or even holiday with a lover doesn't of itself prove 'adultery', in legal terms, but discovery of such things can all be used to demonstrate 'unreasonable behaviour' for a divorce petition. When one party to the marriage divorces the other for 'unreasonable behaviour', no actual proof of the behaviour is generally required: the test is wholly subjective. In effect, if you feel that the way your 'other half'' is behaving is unreasonable, then it is.

We will watch and wait for the outcome of this litigation. The parties may come to a compromise before the trial, the details of which we never find out, or it may be played out to the bitter end as a test case. Certainly other social media app owners will be very keen to understand just how far the line of causation can be drawn, and what their potential legal exposure is.

A Frenchman is suing the popular taxi app Uber for £40million after claiming they caused the breakdown of his marriage. According to the man, a fault in the app left his wife able to track him every time he took an Uber, leading her to discover the truth about his affair. The man, from Côte d'Azur in the south of France, revealed that he had signed into his account on his wife's phone, but she continued to receive notifications although he logged out of the account, causing her to grow suspicious. The technical fault has only been spotted on versions of the app updated since December 15 last year. A spokesperson for the app refused to comment, telling the Daily Mail: "Uber doesn't publicly comment on individual cases, and especially those which concern things such as a divorce procedure." 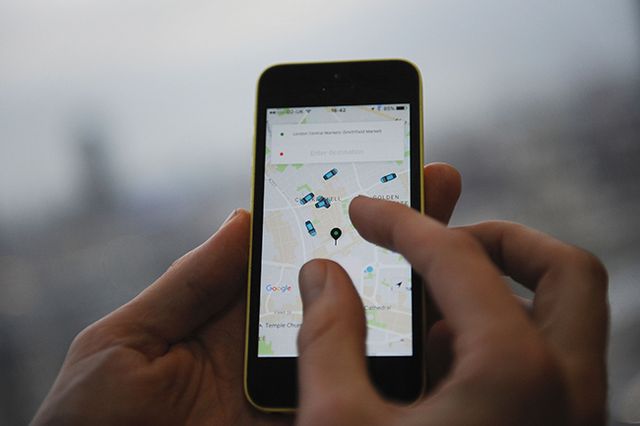 Oops! A cheating husband is sueing Uber for causing his divorce - find out why: https://t.co/vfsNccYKcF pic.twitter.com/dfGrlucVGA