This article in the Telegraph refers to the recently reported case of DB v PB [2016] EWHC 3431 (Fam), an interesting case due to a pre-nup and jurisdictional issue.

First, the EU Maintenance Regulation was relevant.  The couple were from Sweden but were living in England, and therefore it was possible for them to start divorce proceedings in either country. Both tried to start divorce proceedings, reportedly on the same day, but the wife's divorce petition was issued in England first, which under the EU Maintenance Regulation means that the English Courts are seized and have jurisdiction to deal with the divorce and finances.  Note - if there is a possibility that divorce proceedings could be started in two different countries take advice straight away - a divorce petition being issued in one country just minutes before a divorce being issued in another country can mean the difference of huge sums of money.

Second, this case involves a pre-nup. Pre-nups are interesting in themselves in my opinion, but in this case it was particularly interesting because of the jurisdictional point.

At the hearing, the husband said that the agreement should be upheld, while the wife said it should not.  The general position on pre-nups is that if they are entered into freely, with an understanding of the consequences, they should be upheld. The case of Radmacher v Granatino sets out detailed factors to be considered by the Court when a pre-nup is called into question.  This includes whether the agreement achieves a fair result.

In the case of DB v PB, Mr Justice Francis decided that following the agreement would not achieve a fair outcome.  So, ordinarily the Court would have departed from the terms of the pre-nup, and the wife would have been awarded a much larger capital sum, to ensure the children's and her needs were met (for reference, the pre-nup would have resulted in the wife receiving around £600,000 and the husband receiving around £10.5 million, with all assets reported as having been built up during the marriage).

However, in this case, the pre-nup also stated that the Swedish Courts would have jurisdiction if any disputes arose.  And, although Mr Justice Francis had decided that the pre-nup was unfair, he could not simply ignore the pre-nup, including this jurisdictional point - the EU Maintenance Regulation says that if a couple have entered into a written agreement stating which country's Courts should be used, that is binding.  This case might have been different had the Court found that there had been fraud or duress in relation to the pre-nup, but it did not.

A wife claimed her millionaire husband tricked her into signing prenuptial agreement to protect his fortune by telling her it was a "just a piece of paper'", a divorce court heard . The pair, both Swedish, married and moved to England after making the agreement during a romantic weekend at a luxury hotel near Niagara Falls nearly 17 years ago. 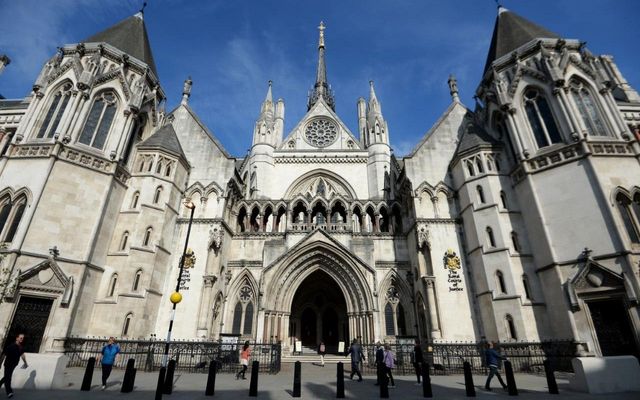