Social media is in major meltdown today over the huge news of the 'Brangelina' break-up. Who knows what to believe of the endless 'quotes' and media speculation. What does seem clear however is that the question of who will have custody of their six children is going to be a pretty tricky one.

No doubt there will be allegations and counter-allegations as each seeks to persuade the court of the other's parental failings.

One can only hope that these children who are already so much in the world's spotlight do not have to be put through the anguish of a public battle over their custody.

Report after report shows that its not divorce per se that causes problems for children, its exposure to ongoing conflict. When parents spend all of their time arguing about their children, its inevitable that the children will feel responsible for the break-up. In their young minds, it can feel unquestionable that they are to blame for their parents' discord.

As a trained mediator, collaborative lawyer and divorce lawyer, my hope for these and any children of divorcing parents is that someone sensible can sit down with their parents at the earliest possible stage and urge them to come to reasonable, sensible arrangements for their children.

The husband and wife relationship may well be at an end but they still have to be mummy and daddy, or mom and dad, for the rest of their lives.

The question I often put to my clients in this situation is this:

"How would you like your children to look back on this time? "

A total disaster? A terrifying battle? Or perhaps a bit of a bumpy ride but one in which the children knew without question that the parents would make it alright for them and were going to be able to parent them well, albeit apart.

Angelina Jolie has filed for divorce from Brad Pitt and the trigger was a conflict over the kids, substance abuse and anger. She's asking for physical custody of the couple's 6 children. She is asking the judge to give Pitt visitation. It's significant ... she does not want Brad to have joint physical custody ... only joint legal custody. Sources connected with the couple tell us ... Angelina's decision to file has to do with the way Brad was parenting the children ... she was extremely upset with his methods.  Angelina's attorney Robert Offer says she made the decision "for the health of the family." We're told there was no alleged "third person" ... her decision to file was solely over Brad's interaction with their children. 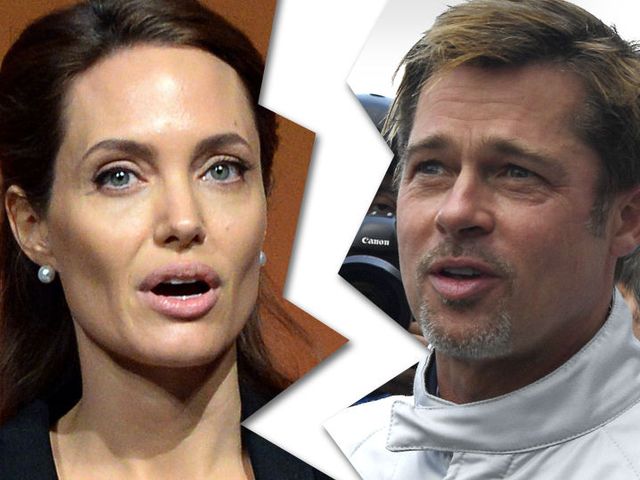 Today shall go down as the day love died. #Brangelina https://t.co/wiEu6XAf2O

Angelina Jolie has filed for divorce from Brad Pitt pic.twitter.com/8DB6fpaKHf